MENUMENU
Get a Quote

Saturday 6th July saw the annual London Pride parade. The first official London Pride was held in 1972, with around 2,000 people thought to have been in attendance, com-pared to this year’s event, which is thought to have attracted over a million. We also celebrated in Leeds yesterday, the 4th August, with the city’s biggest and brightest pride yet!

Over the last few decades huge steps have been made by society as a whole in supporting equality for the Lesbian, Gay, Bisexual and Transgender (LGBT) community. This has also been reflected in the workplace with organisations taking action and stepping up to create a more inclusive work environment. Nevertheless, there is still more that can be done to support LGBT workers in the workplace.

Following the recent #MeToo campaign, the Trade Union Congress (TUC) conducted a survey focusing on the problem of sexual harassment that LGBT face in the workplace. Their survey found that almost seven out of ten LGBT workers had experienced some type of sexual harassment at work, with two thirds of these people not reporting it. One in four of those did not report the harassment out of fear of ‘outing’ themselves at work. These figures are supported by research undertaken by Stonewall, Britain’s leading charity for LGBT equality, which suggests that more than a third (35%) of LGBT staff have hidden that they are LGBT at work for fear of discrimination.

What more can be done by employers to support LGBT employees and make them feel comfortable in being themselves at work and eliminate workplace discrimination?

Employers should start by ensuring that they have clear inclusion policies and strategies for supporting LGBT employees and creating a culture that encourages diversity and differences to be celebrated. Individuals should be embraced for who they are, not who they love. HR should ensure that all employees have adequate training and education on these policies and the company’s culture.

To be most effective, the message of inclusion should come from all members of staff to help promote diversity and inclusion initiatives. One such initiative that has been implemented by some businesses is a LGBT staff network. This allows a LGBT staff group to meet on a regular basis to support each other in their working lives, raise awareness of issues affecting the LTGBT community and help to keep the workplace free from discrimination.

Such support groups could also help promote the local LGBT community by providing information to all employees on local events and groups as well as celebrate National Coming out Day and the local Pride Party as well as inviting guest speakers to share their experiences at network meetings.

Further initiative’s that could be adopted, include promoting straight allies for LGBT staff, who can offer support to the LGBT staff network and help push the company’s message on diversity and inclusion.

As well as introducing and supporting initiatives as set out above, employers should take a strong stance on any form of discrimination throughout the business, including in recruitment, training, promotion and its dealing of complaints. A zero-tolerance stance on discrimination against LGBT employees will send out a clear message of the company’s desire to embrace and promote diversity.

A more straightforward change that can be taken by businesses is to offer equal benefits to all employees, regardless of their gender or sexual orientation, including parental leave, shared parental leave, adoption leave and taking emergency time off for dependents.

Finally, by tracking the results of your inclusion initiatives and policies and celebrating your successes will show all employees, including LGBT people that you are serious in promoting diversity and may help create an environment and culture where more employees feel comfortable in being themselves.

If you require help regarding any of the above, get in touch with our team here and we’ll be happy to help. 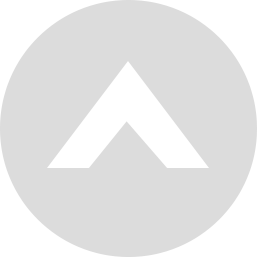